You are here: Home / Archives for tanzanian coffee 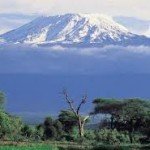 Tanzania is the world's 19th largest producer of coffee. In fact, in 2006 Tanzania produced over 55 million pounds of coffee beans. Coffee was first introduced in Tanzania in the 16th century - that's long before many countries saw the beans hit their shores. They were first used as a stimulant, rather than a brew, for the Haya tribe. Then it began to be used as currency. After … END_OF_DOCUMENT_TOKEN_TO_BE_REPLACED