You are here: Home / Coffee / Introduction to Zambian Coffee 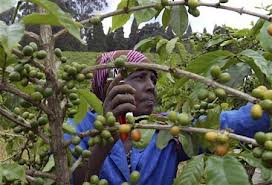 Coffee from Zambia, formerly upper Rhodesia, is bright, clean yet complex, and very balanced generally. Unfortunately, coffee from this region can fluctuate in quality, but it has the potential always to be outstanding.

Zambia’ s climate is very tropical, with variable wet and dry subtropical conditions. The seasons are comprised of two main seasons: rainy season between November and April, and dry season from May to November. Temperatures typically average 20 degrees Celsius throughout the year. The coffee is typically grown in the northern district of the Muchinga Mountains, near the capital city Lusaka, where it was originally introduced in the 1950’s from Tanzania. The coffee is not shade grown because shade does not work well being so far south of the equator. The combination of all these factors: newness of coffee growth, variable and hot temperatures and climates, and the fact that most coffee planters are only part time and not dedicated, contribute to the coffee production quality being a bit hit or miss.

Interestingly, Zambian coffee is often referred to as “changeable coffee”, as when it is first roasted it often displays a very fruity taste – filled with pear and cherry notes- but as it cools it can display a smokey, spicy, chocolaty profile with hints of floral.

Out of all coffee’s produced in Africa, Zambia is one of the smallest producers, but also one of the most notable. They only produce about 53,000 bags a year, out of Africa’s estimated 16,800,000 bags combined.

Harvest Seasons: Between October and April