You are here: Home / Coffee / Introduction to Yemen Coffee 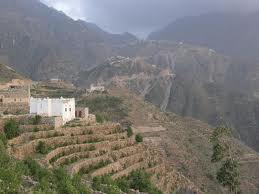 The Mocha coffee we all know and love originated in Yemen, and is named for their port city on the Red Sea Coast, Yemen. At one time, Mocha was Yemen’s most important port. It was a famous and major marketplace for coffee during the 15th – 17th centuries, and held fast its place even after the discovery of other major coffee sources.

There’s a story that is commonly believed that Marco Polo encountered the Mocha beans on his Arab travels and purchased some of the beans from a Yemenite salesmen, ultimately bringing them back with him to Europe. Coffee didn’t make a name for itself until the 17th century, however. 1n 1595, a Jesuit missionary, Pedro Paez, became the first European to taste the coffee from Mocah. Interestingly, Mocha has nothing to do with chocolate, and is not blended with chocolate, the name was given as a result of European influence.

Today, while Yemen has quite a bit of political unrest and instability, they still produce high quality and highly sought after coffee. The coffee tends to take on an Earthy, medium to bold intensity, rustic yet sweet, flavor that is full of spices and fruits. It’s very multi-dimensional. You can at any time pick up apricot, plum, cherry, cacao, fig, macadamia, caramel, molasses, and brown sugar tastes hidden within the rich coffee – and those are just a few! Sweet Maria’s offers some great Yemeni lots if you’ve never given Yemeni coffee a try.

Harvest Seasons: Between November and December