You are here: Home / Coffee / Introduction to Sumatran Coffee 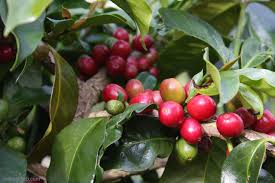 The production of Arabica coffee in Sumatra began in the 18th century when the Dutch colonized the country. It was first grown in the northern regions around Lake Tawar, and still is today. However, it has spread to being grown in other areas as well such as Lake Toba in the southwestern region.

You may already be familiar with the term “mandheling” in the coffee industry. Mandheling is a name that has come to reference many different types of coffee from the country of Sumatra. Contrary to wide belief, the name Mandheling originates from an Indonesian ethnic group, not from a region in Sumatra. Interestingly, coffee here is not scored by defects in the cup, not in the bean. So a very good cup of Mandheling coffee could have stemmed from some pretty ugly coffee beans.

Once coffee is harvested it goes through the wet-processing method, locally called Giling Basah. In this process, the parchment coffee is dried and then the outer layer is stripped off, and then the beans are laid out on a patio or directly on the dirt to dry.

A decent cup of Sumatra Mandheling coffee will have a wonderfully defined flavor that’s a little bold, a little rustic, a little earthy, and feature a whole lot of character.