You are here: Home / Coffee / Introduction to Mexican Coffee 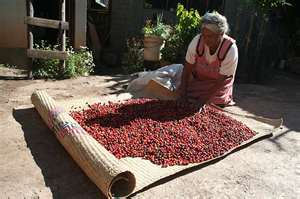 Mexican coffee is typically grown in the southern and south-central regions, like Chiapas, Oaxaca, Veracruz, and Coatepec. As one of the largest producers today of organic coffee and being of close proximity to the U.S., the U.S is actually the largest consumer of Mexico’s coffee.

Coffee was introduced into Mexico in the 19th century when it was brought in from Jamaica. The Arabica varietal is mainly grown, with the state of Chiapa being the main producer of about 45% of the country’s crops through the early 90’s. During the 80’s coffee was the most valuable export Mexico boasted, and more than 2 million Mexicans grew coffee as a sustainable crop.

The typical character of Mexican coffee is defined by a lighter more mild body and taste with delicate hints of sweet and otherwise. However, this is not always the case, as Mexican coffee can be quite dynamic in its flavor as well. Oaxaca and Chiapa regions typically produce the most desirable coffees. The general exception is the Altura coffee that is high grown in the volcanic soil of various states.  Altura coffee is mild, very well balanced, and has a nutty aroma and flavor to it that makes for a great cup of coffee.

Harvest Seasons: Between October and March